Welcome visitor you can login or register

Doubtbox is the latest innovative product from the founders of eTutor, which is used by half a million students across the globe. This Interactive Digital Content Repository has 8000 animated topics and one lakh questions with answers for Classes 1-12 . Doubtbox pen drive, an excellent tuition master at home, facilitating self learning by students, available for   Classes 1-12, based on CBSE syllabus, with effective blending of ICSE and State Boards syllabus. Once they are set up in the home computer/lap top, students can study any lesson according to their convenience and do home work easily, watching the lessons enriched with multimedia. All the topics are explained with quality animations, graphics, pictures and diagrams along with audio explanations. Students will enjoy lessons as if seeing an animated, topic-based film.

Operating System – Windows 7 or above

Chapter 3. Conservation of Plants and Animals

Discovery of the Cell, The Cell Organisms show Variety in Cell Number, Shape and Size, Cell Structure and Function, Parts of the Cell, Comparison of Plant and Animal Cells

Chapter 6. Reaching the age of Adoloscence

Coal, Petroleum and refining of petroleum, Natural Gas, Some Natural Resources are Limited

What is Combustion?, How do We Control Fire?, Types of Combustion, Flame, Structure of a Flame, What is a Fuel?, Fuel Efficiency

Chapter 5. Pollution of Air and Water

Force – A Push or a Pull, Forces are due to an Interaction, Exploring Forces, A Force can change the state of motion, Force can Change the Shape of an Object, Contact Forces, Non-contact Forces, Pressure, Pressure exerted by Liquids and Gases, Atmospheric Pressure

Sound is Produced by a Vibrating Body, Sound Produced by Humans, Sound Needs a Medium for Propagation, We hear Sound through Our Ears, Amplitude, Time Period And Frequency of a Vibration, Audible and Inaudible Sounds, Noise and Music, Noise Pollution

Lightning, Charging by rubbing, Types of Charges and their Interaction, Lightning Safety, Earthquakes

What makes Things Visible, Laws of Reflection, Regular and Diffused Reflection, Multiple Images, Sunlight — White or Coloured, What is inside Our Eyes?, Care of Eyes, What is a Braille System?

Chapter 7. Stars and the Solar System

Chapter 2. Linear Equations in One variable

Introduction, Views of 3D-Shapes, Mapping Space Around Us, Faces, Edges and Vertices

There are no reviews yet.

Only logged in customers who have purchased this product may leave a review. 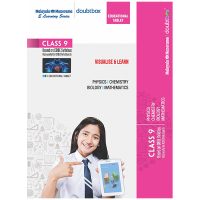 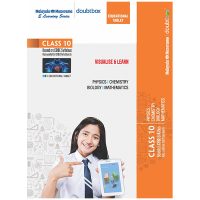 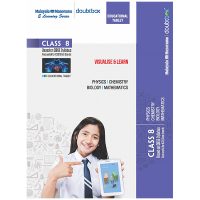